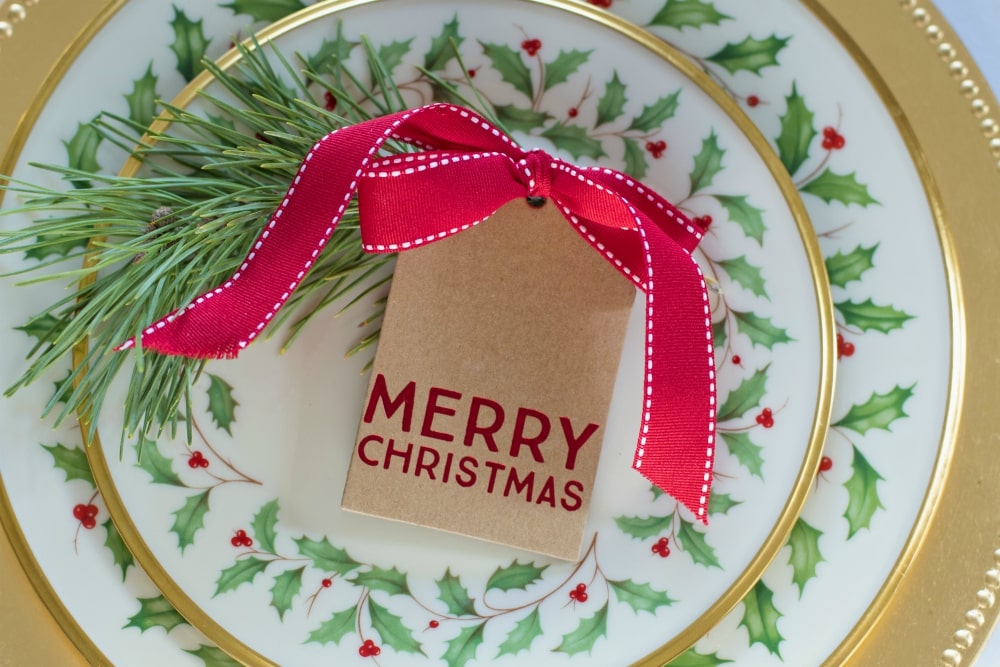 Along with the Christmas trees, stockings, and presents, people are always excited about the holiday feast. Each country has unique holiday traditions, and that includes the choice of food! Fasten your seatbelts as we take a trip and explore some traditional Christmas dinners around the world.

12 Traditional Christmas Dinners Around The World

1. The Feast Of Seven Fishes (Italy)

Italy has varied traditional foods prepared for Christmas, depending on the region. But the most common and well-known one is the Feast of Seven Fishes. It consists of a seven-course menu all made of seafood, denoting the number seven, which is the most repeated number in the Bible.

These seven dishes could include recipes from fish, shrimp, squid, octopus, clams, mussels, and even eels. 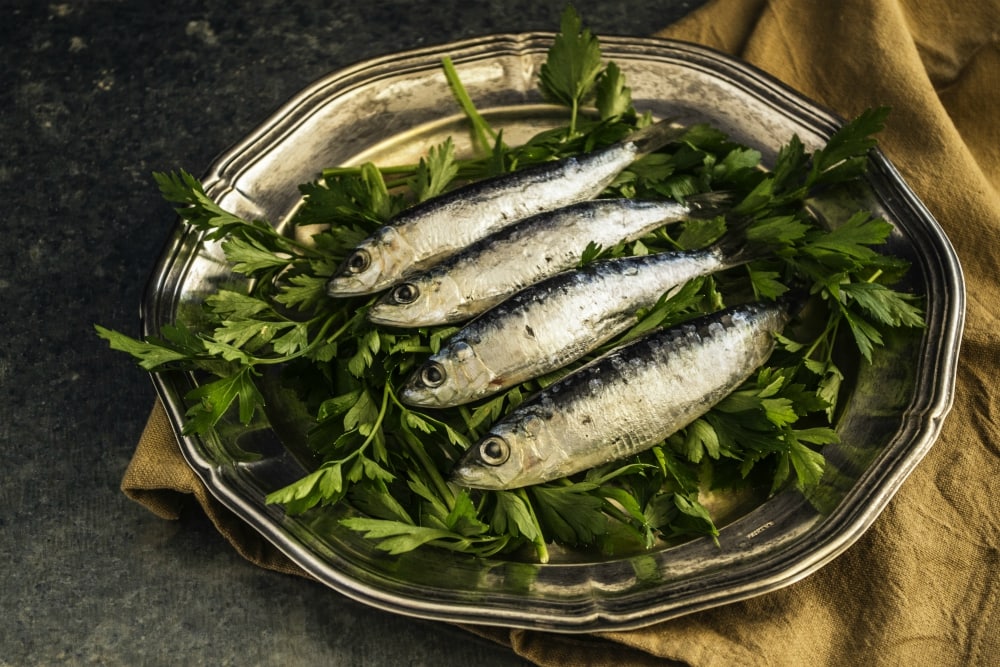 Lechon, or roast suckling pig, is both a regional specialty and a mainstay in Puerto Rican Christmas feast. This popular holiday food is roasted over charcoal and served as a whole pig, making it the center of attraction on the table. During Christmas, Puerto Rico also features other dishes, such as coconut-based pudding and meat pastry called pasteles. 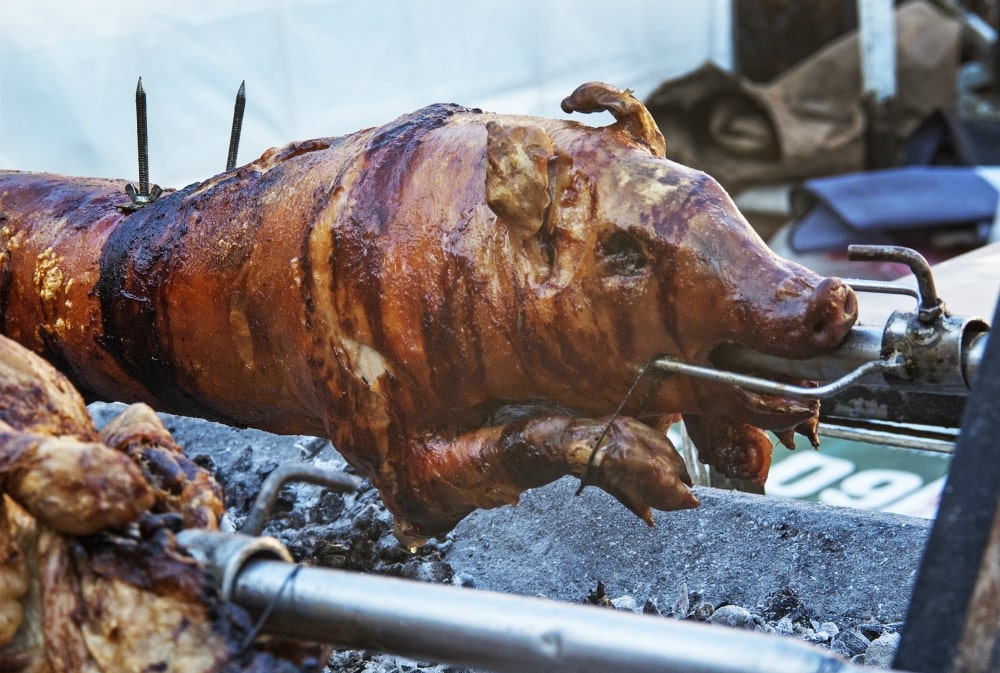 Weihnachtsgans is German for Christmas goose that is roasted to perfection. Other than goose, Germans also use roasted duck or rabbit as main courses for the holiday dinner. This practice is believed to have originated from the English tradition.

Others say it’s from the Medieval time when after Christians fast, they’ll have roasted goose for dinner. It is often served with side dishes like red cabbage and potato dumplings. 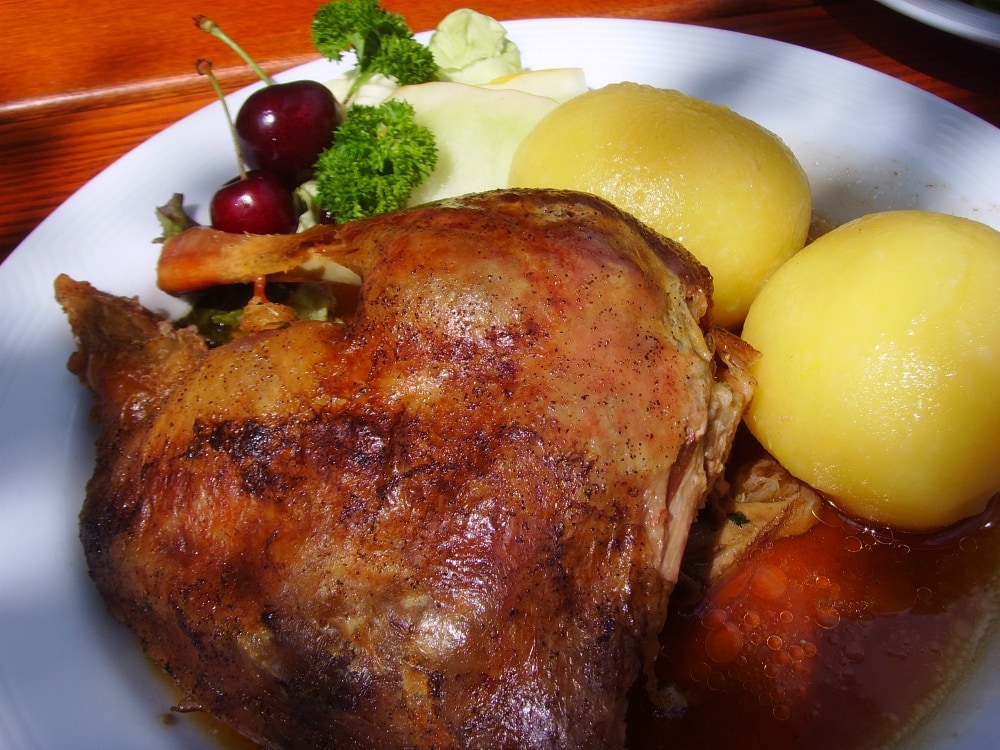 Not so long ago, tamales were only made during Christmas, but now, it’s eaten all year-round in Costa Rica. There are varied recipes for this dish, but generally, it’s made of corn dough stuffed with pork, vegetables, and spices. All of which is wrapped in plantain leaf or corn husk and steamed for hours until it’s ready to serve. 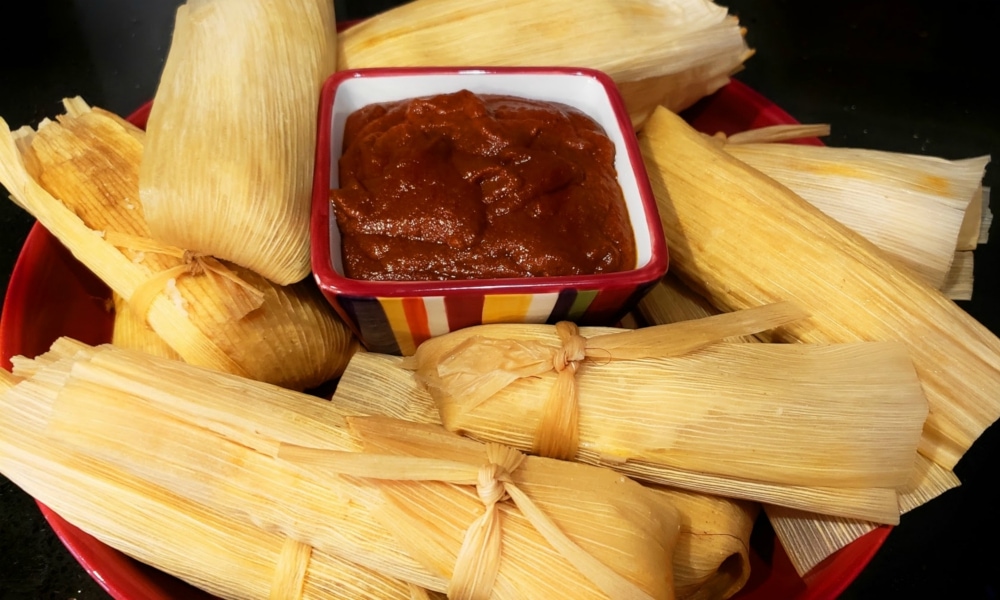 Just like at Thanksgiving, turkeys are also enjoyed during Christmas celebrations in America. Roasted turkey is often accompanied by ham, mashed potatoes, and fruit cakes on the celebration table. Most American territories also practice the preparation and serving of turkeys during the holidays. 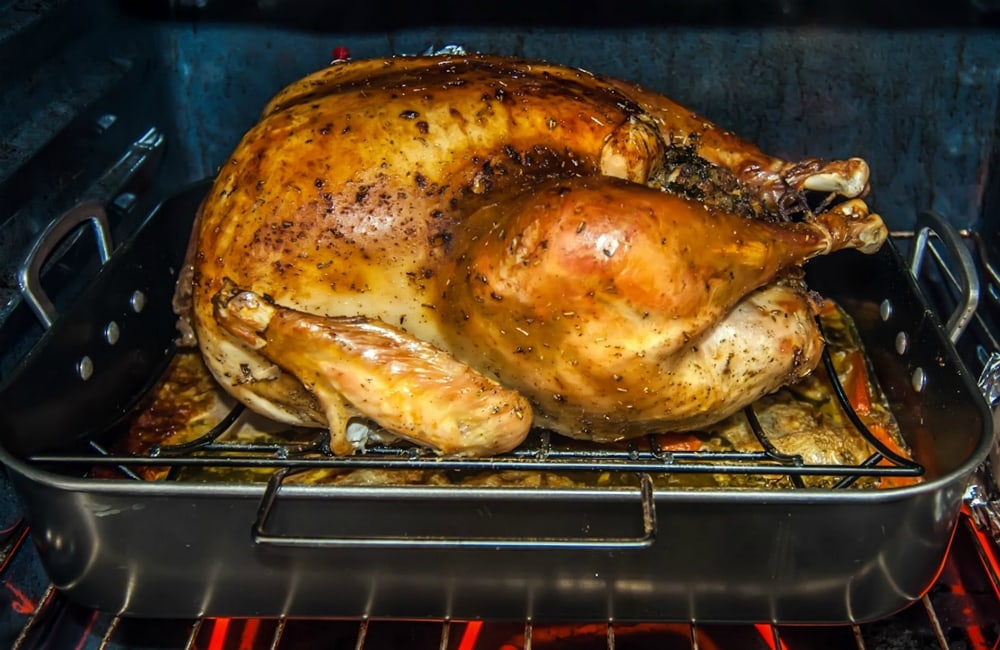 This is probably one unique way to have a Christmas feast. Unlike other countries that prepare homemade specialties, Japanese people have this unwavering tradition of ordering Kentucky Fried Chicken for Christmas dinner. In most cases, they have to reserve their orders a month or two before. That’s how popular it is.

In Japan, the KFC Christmas bucket now has Christmas cake along with the crispy Kentucky chickens. 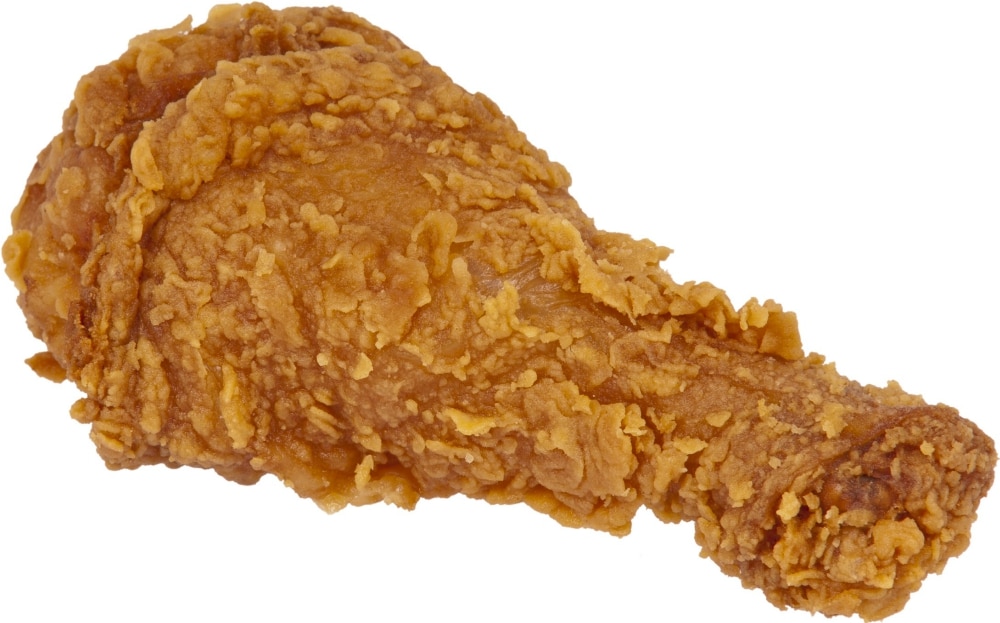 Filipinos are known for having the longest celebration for the Christmas holidays. As early as September, they begin decorating their houses and listening to Christmas songs. Nine days before Christmas, Filipinos have Simbang Gabi, which literally means night masses.

During these gatherings, the famous puto bumbong are sold outside the churches so people can take them home. Puto bumbong is a sweet, glutinous mixture of black and white rice that is soaked in water, inserted inside bamboo tubes or bumbong, and steamed until cooked.

Other famous dishes during Noche Buena, or Christmas Eve, include Lechon, queso de bola (ball of cheese), and Filipino-style spaghetti. 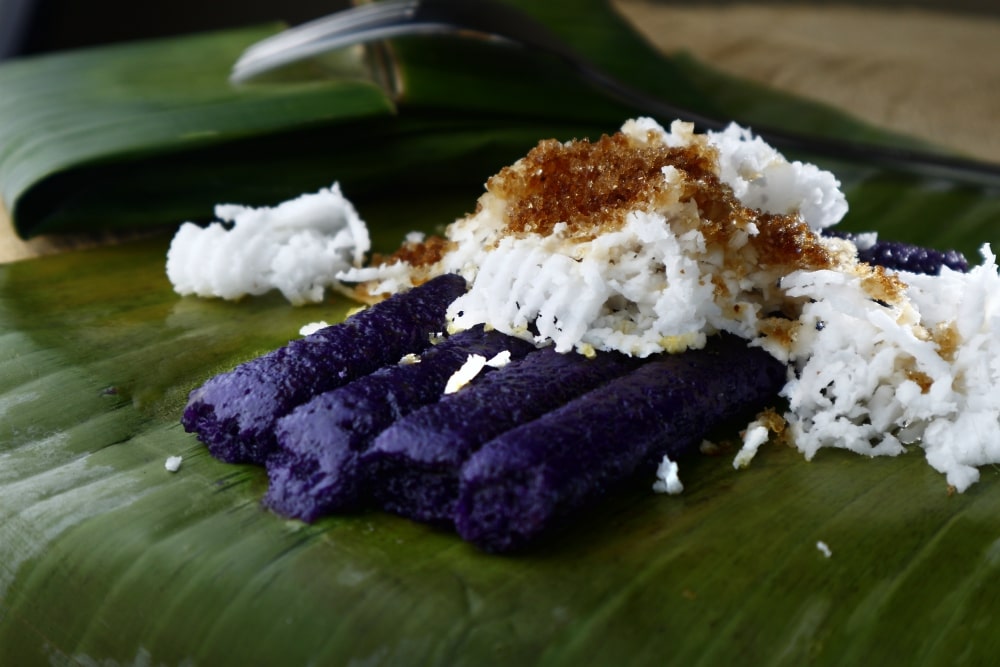 Swedish Christmas dinner is centered on julbord. It is a buffet of three-course meals, including pickled herring, cold cuts, and meatballs or potato casseroles. Rice pudding and saffron buns are also popular desserts. 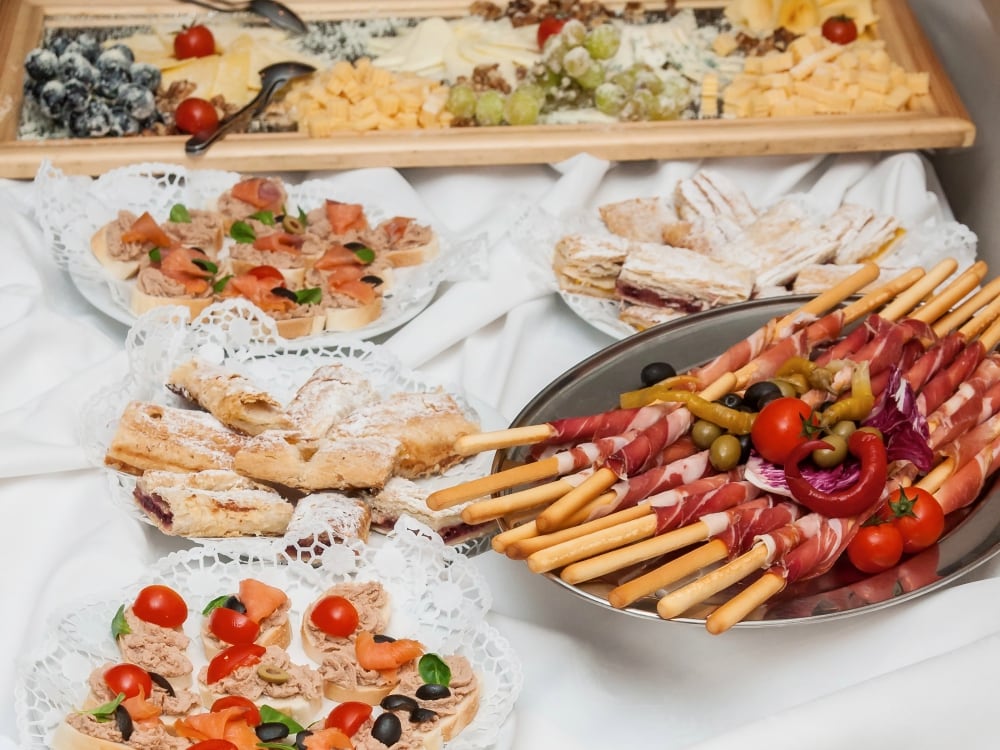 Armenians celebrate Christmas on January 7. They serve a special pumpkin dish called ghapama that is only prepared during special occasions such as Christmas. After the guts are removed, the pumpkin is stuffed with boiled rice and dried fruits like nuts, raisins, and plums, depending on preference. The stuffed pumpkin is then roasted or baked and can be eaten as a main dish or dessert. 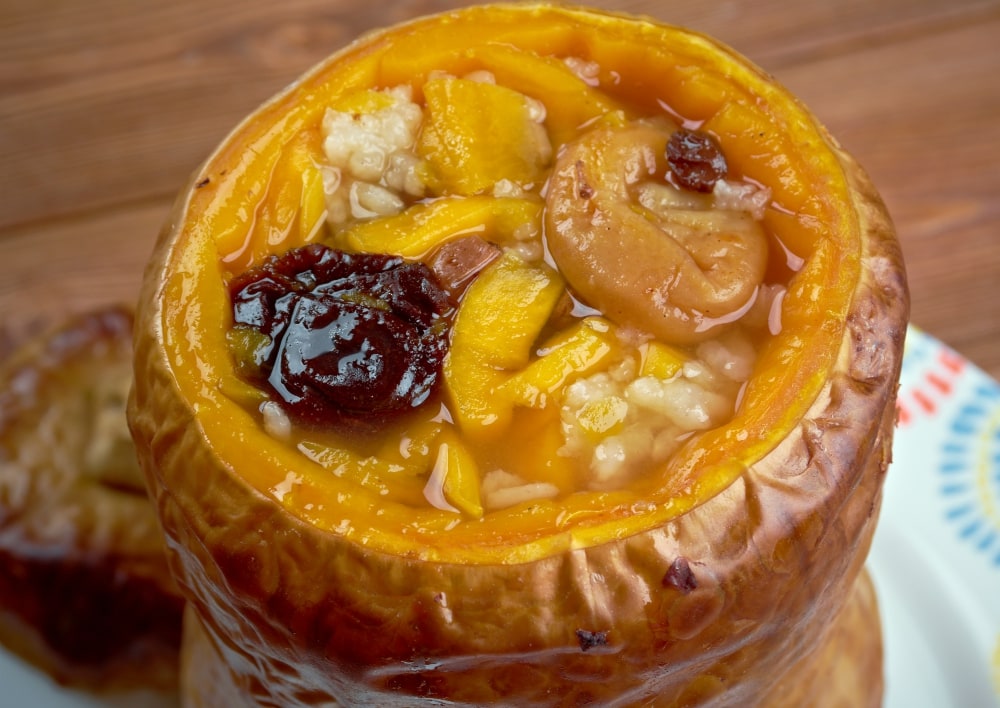 Hangikjot is a festive food that is usually served and enjoyed by the people of Iceland during Christmas. It is a dish made of thin slices of boiled or smoked lamb meat that is often coupled with a cream sauce. Traditionally, a leg or shoulder cut of lamb’s meat is smoked over dried sheep dung as fuel. This process is said to be the reason for the meat’s flavor and distinct aroma. 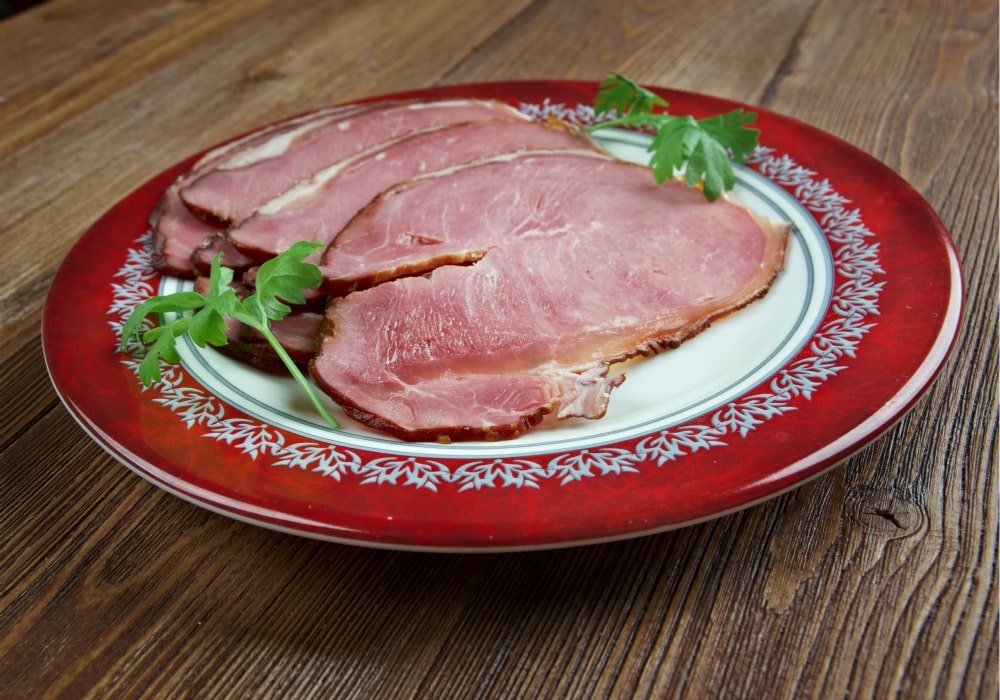 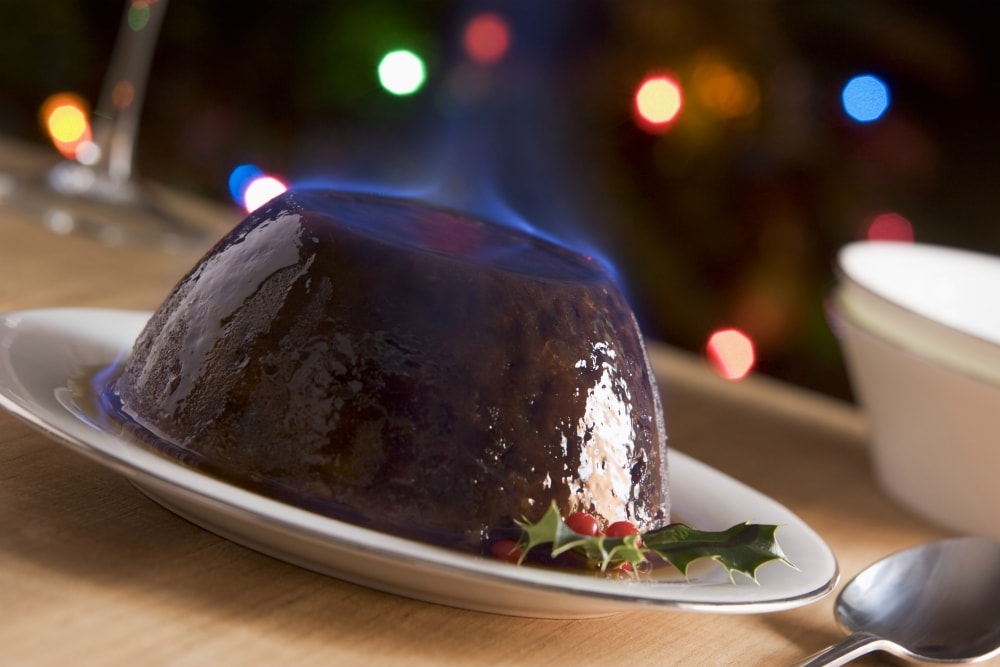 La Buche de Noel is actually a cake in the disguise of a Yule log. It is made of sponge cake with chocolate buttercream. This French dessert emerged when the practice of burning wood logs disappeared. During Christmas Eve, wood logs were traditionally carried into homes and sprinkled with wine before setting them on fire. 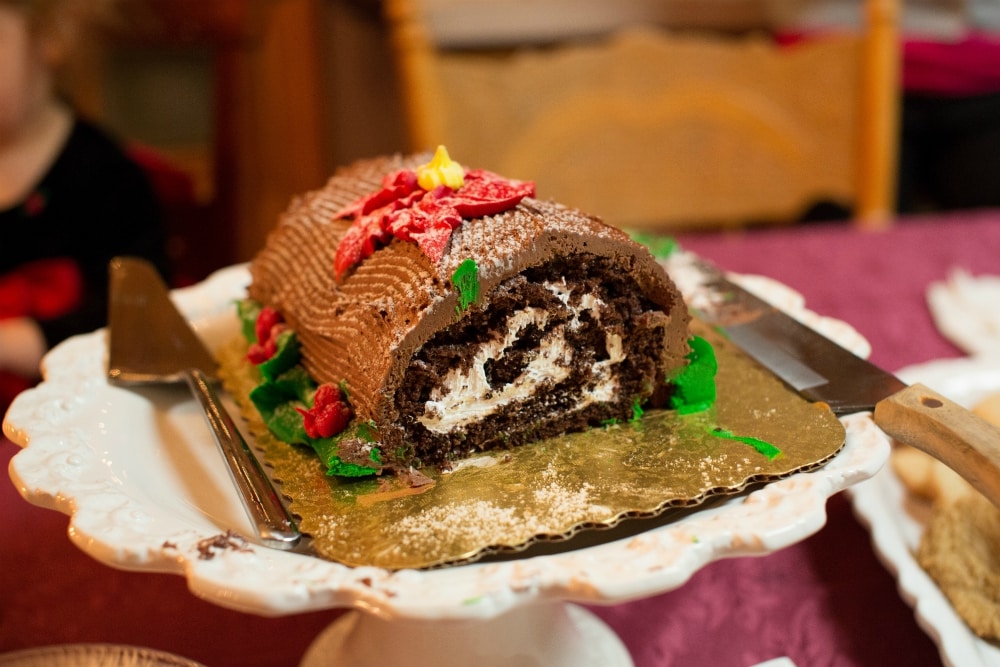