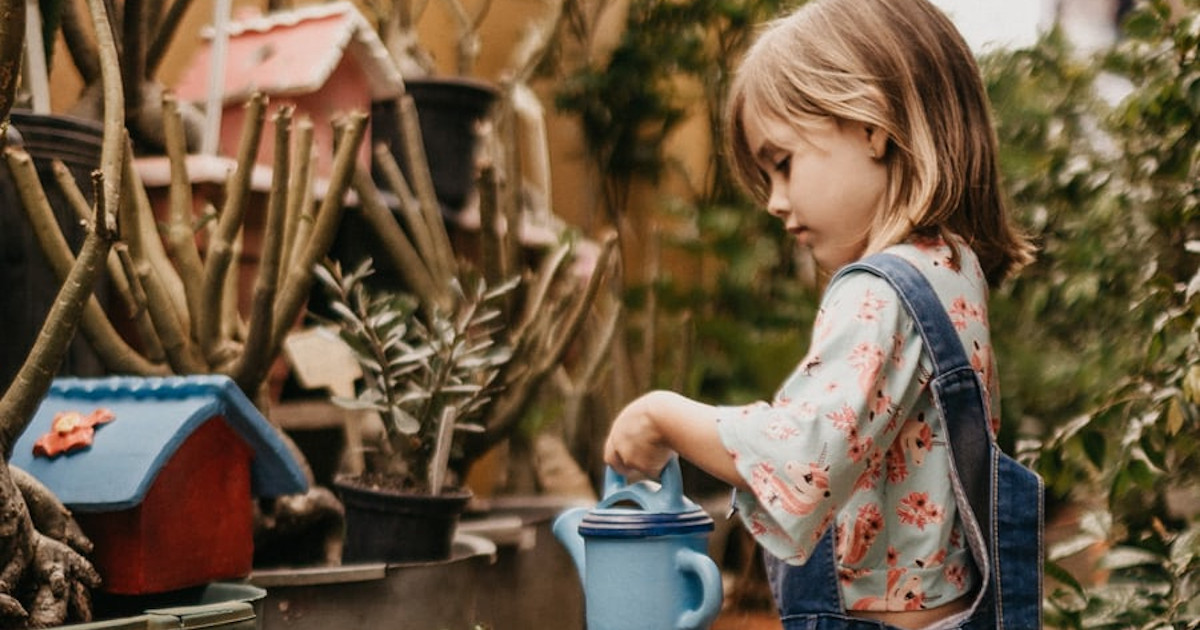 Chores … the word itself evokes drudgery, but there’s no reason it should be dreary — for you or your kids.

Just turn cleaning into a game, and suddenly a chore is just an activity by a different name.

Here, Christy Palmer, mother of five and blogger at ThriftyAndThriving.com shows us how.

1. Give them a reason to want to do it

First up, have a conversation with your kids regarding the importance of chores, says Palmer.

“It’s important that the kids understand that everyone needs to chip in and work together to make the household run.”

Palmer also likes to focus on the fact that chores should be done with a happy heart.

“Sure, not many people like to do chores, but the chores go much quicker and are more enjoyable if you aren’t grumbling about them,” she says.

Plus, if she hears anyone complain, they get another task added to their list.

Think your littlest ones aren’t ready to chip in?

Palmer has her 4-year-olds clean the sliding glass door.

“I haven’t found a kid yet that doesn’t love to spray the window cleaner and then wipe it away. They think it’s fun,” she says.

Other toddler-friendly tasks: letting them freshen up rooms with air freshener around or sprinkle carpet deodorizer before someone else vacuums.

Two of Palmer’s children figured out on their own that company makes chores more enjoyable, so they pitch in and do them together.

“They get to chat and clean at the same time,” she says.

On occasion — like when the entire house needs a serious floor-to-ceiling scrub — Palmer will have the whole family gather around and play a chore game, to get the whole house cleaned quickly.

Here’s how it works: Write down a ton of little jobs on slips of paper and add them to one large bowl.

To keep it fun and interesting, Palmer also includes goofy activities on the slips of paper and adds those to the bowl too, like:

Each child takes a slip of paper out of the bowl and completes the task as quickly as he or she can.

Once the task is finished, they put the slip in their own individual bowls. They keep completing tasks until all the slips of paper are gone.

At the end of the game, the person with the most slips of paper in their bowl wins.

Of course, in Palmer’s household, everybody gets the prize, because they all chipped in and got the house clean.

The prize usually consists of going out for ice cream or treats, and the winner gets to pick where they go.

“My kids seem to despise cleaning up their own rooms more than anything else.   I think sometimes the job becomes too overwhelming for them,” says Palmer.

To make it seem less daunting, Palmer puts a hula-hoop on their bedroom floor and tells them they have to put away everything inside the hula-hoop.

Once the hoola-hoop is cleaned out, she moves it to another part of the room, until the entire room is put away.