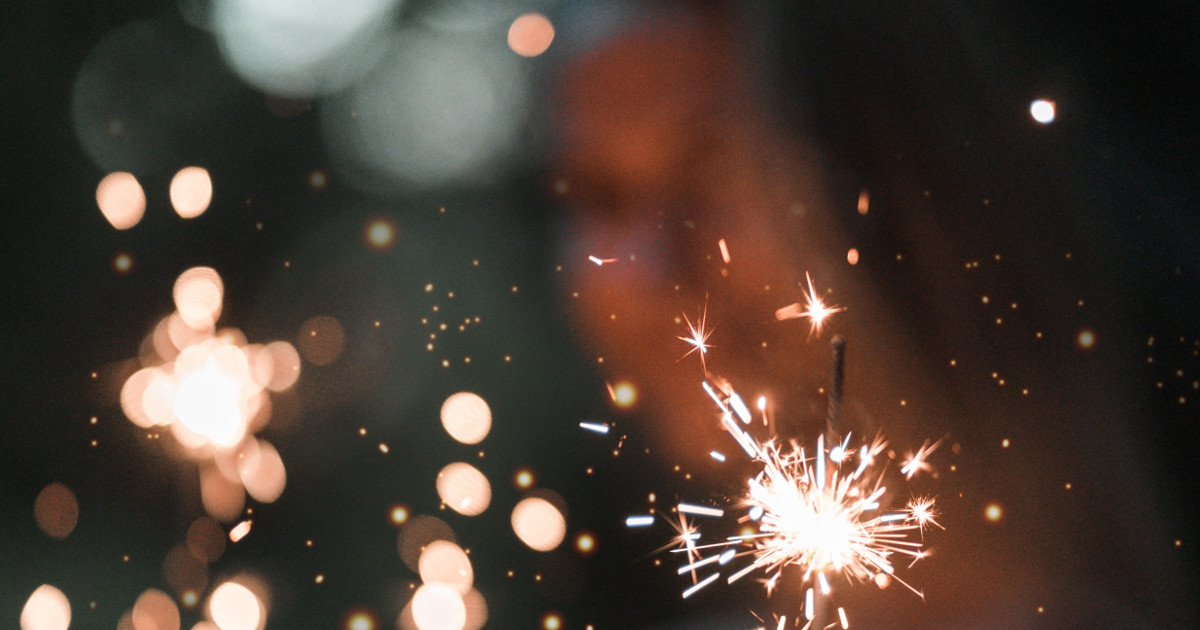 It’s hard for us Americans to picture a Fourth of July without fireworks.

We think back fondly to our own childhoods … racing around the yard twirling sparklers, the pop-pop-pop of bottle rockets filling the air, everyone piling in the car after dinner to see the local fireworks display.

It’s a sacred tradition, not to be messed with.

According to recent reports, fireworks are not only dangerous (causing an average of 200 visits to the emergency room every day around the holiday), but also toxic to the environment and to our health.

Add in the fact that most displays are long past many kids’ bedtimes — not to mention terrifying to our pets — and it’s no wonder some moms are seeking new ways to celebrate our nation’s birth.

We’ll help you start some new traditions with these family-friendly recipes, crafts and activities.

Your imagination is the limit as far as creating fireworks on paper go. Have the little ones make lines with a glue stick on black construction paper and then sprinkle red, white and blue glitter on top. Older children can dab liquid glue on the paper and draw more refined fireworks shapes with a toothpick.

Or — messier but more fun — let your kids drop gobs of washable paint on construction paper and either blow them into exploding shapes through a straw or whack them with a flyswatter (protective eyewear recommended).

This is an easy project for young kids. Have them paint half the sticks red, half white, and glue them in alternating horizontal stripes to a pre-cut flag-shaped cardboard backing; then cut a square of blue construction paper for them to glue to the upper left corner of the flag.

Let them use crayons, markers or stickers for the stars.

This fine arts project created by Cheryl Jackson, an art teacher in Buffalo, N.Y., is great for older kids. Using Jasper Johns’s “Flag” as inspiration, have them make their own mixed-media flags with newspapers, magazines and paint.

Encourage them to use images and words that signify America to them, and ask about their choices afterwards as a jumping off point for discussion.

Cover with the onions and peppers, sprinkle with shredded Monterey Jack cheese, and bake at 350 F until the cheese is melted (5 to 7 minutes). Before serving, add dollops of red salsa and sour cream and sprinkles of crushed blue tortilla chips.

Do the same in the next cup and so on until you’ve used up the ingredients. Cover with tin foil, insert popsicle sticks and freeze until solid.

In lieu of sparklers, purchase a variety of glow sticks, turn off the lights, and let the kids go wild.

For an outdoor daytime activity — which is maybe a little more Indian Holi than American Independence Day, but too much fun for anyone to notice — have the kids don play clothes and eyewear, fill squirt guns with various colors of liquid chalk, and let the renovation of your backyard begin.

You can purchase liquid chalk or make it here.

Creativity, community and good will come together every Fourth of July in Winston-Salem, N.C., where stay-at-home mom Christi Housel and her neighbors have organized an annual children’s art sale for charity.

The kids do just about everything — vote on that year’s charities, make the art, then sell their creations along with baked goods and patriotic lemonade on the Fourth. “The kids range in age from 3 to 10 so the art varies,” says Housel, “but the community energy proves positive for sales!”