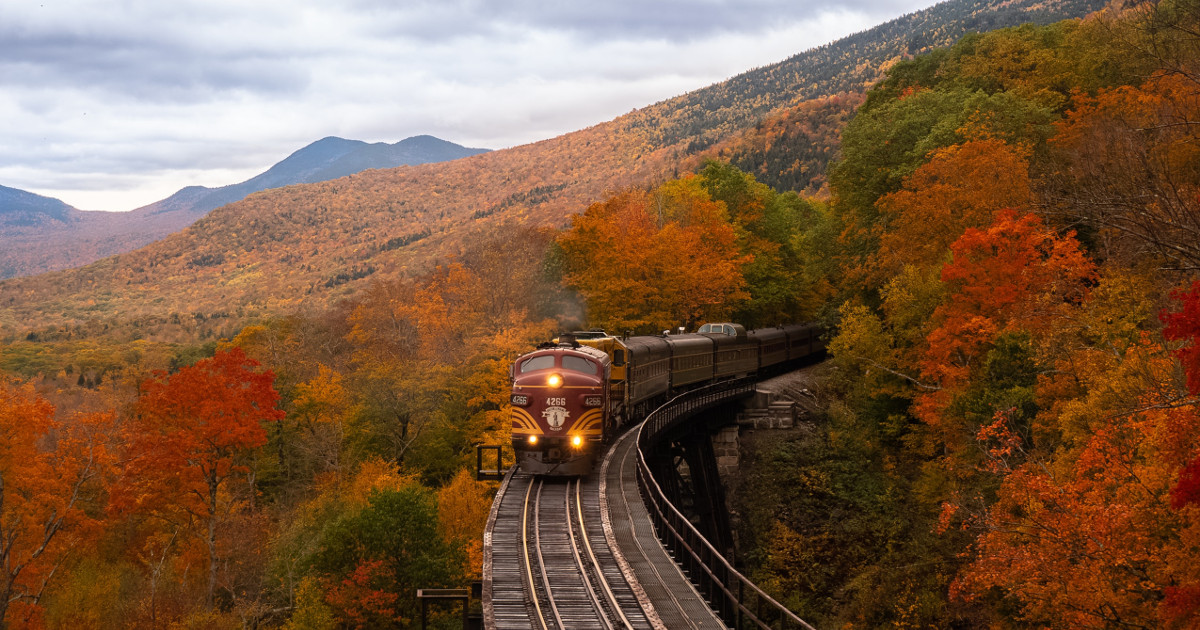 When you think about it, a family vacation by train is a no-brainer.

Plane travel is getting more expensive — and less pleasant — by the day.

The price is right, the scenery terrific, and everyone’s in a good mood.

“People are inclined to sit and talk with you, younger kids make friends. I’ve seen that happen many times.”

Here are four long-distance train trips that offer a winning combination of spectacular scenery and a diversity of places to get off at and explore — from bustling metropolises to pristine national parks — plus tips to make your experience as smooth as possible.

All routes below can be done in part or in reverse.

The Empire Builder: Seattle or Portland to Chicago

Depending on your point of departure, you’ll pass through either the Cascade Mountains or the Columbia River Gorge en route to Spokane, then through the spectacular Glacier National Park in Montana, through the plains of North Dakota, past the twin cities of St. Paul-Minneapolis, along the mighty Mississippi, through Wisconsin and into Chicago, following major portions of the Lewis and Clark trail along the way.

Glacier National Park, with more than 700 miles of hiking trails, is a must-see. “The train makes three stops right at the edge of the park,” says Jim Wrinn, editor of Trains magazine. “You can literally walk from the train to your hotel in all three instances.” Other possible stops include St. Paul-Minneapolis (home of the famous Mall of America) and Wisconsin Dells (the “water park capitol” of the world).

The Starlight travels 1,377 miles down the West Coast from Seattle to LA, passing through Portland, along and through the Cascade Mountains into Sacramento, turning west toward the ocean and San Francisco, then following the old Spanish mission road “El Camino Royal” into Los Angeles. “For about three hours you look directly over the ocean,” says Emeka. “It’s extremely beautiful.”

Portland and San Francisco are among several kid-friendly cities along this route. There are lakes, waterfalls and Gold Rush ruins within an hour of Redding. Paso Robles is famous for its hot springs, while Santa Barbara is renowned for its beaches.

From the Golden Gate Bridge to the Windy City, this route crosses two majestic mountain ranges — the Sierra Nevadas and the Rockies — in addition to the Utah desert, the plains of Nevada, and the tourist-friendly cities of Salt Lake, Grand Junction and Denver. Amtrak labels it “the most beautiful train trip in North America.”

Salt Lake City boasts a 42-acre zoo plus a children’s museum, planetarium, aquarium and several parks, whereas Grand Junction is a mecca for outdoor activities. In addition to a host of kid-friendly attractions, Denver is 75 miles from Rocky Mountain National Park, famous for wildlife including elk and bighorn sheep.

The Cardinal: New York to Chicago

The Cardinal makes its way southwest from New York through major urban centers (Philadelphia, Baltimore, Washington, D.C.) and then dramatic rural scenery as you pass through the Blue Ridge Mountains, the Shenandoah Valley and the New River Gorge in West Virginia — where travelers enjoy “absolutely spectacular scenery,” says Wrinn. Angling north, the route wends its way along the banks of the Ohio River, up through Cincinnati, Indianapolis and into Chicago.

Tips for Your Best Train Trip Ever

1. Spend time exploring the Amtrak website, which includes excellently written route guides and special deals. But if you’re planning a complicated itinerary (i.e., multiple stops), make your reservations with a live agent by calling the 1-800 number or visiting an Amtrak station.

2. Be sure to reserve sleeper cars several months in advance, particularly if you’re traveling during summer or high season. They’re limited and popular.

3. Pack a carry-on as your luggage may not be near your seat. In your carry-on should be:

4. If you’re not sure whether your children can handle a long-distance journey, start small. “There are a lot of little day trips you can do,” says Wrinn. “Use one of those as an experiment.”

5. Get to the station early if you’re on coach. Though Amtrak car attendants will try to accommodate families, seats are first-come, first-served.